Having drubbed West Indies 3-0 in the T20s, Pakistan will look to continue their dominance over the Windies in the one-dayers as well, with the first match beginning on Friday at Sharjah

Having drubbed West Indies 3-0 in the T20s, Pakistan will look to continue their dominance over the Windies in the one-dayers as well, with the first match beginning on Friday at Sharjah. The series will be crucial for both sides as the teams are ranked very low, and could be in trouble as far their qualification for the 2019 World Cup is concerned. Pakistan are currently ranked number 9 in the ICC ODI rankings while West Indies are just able them at number eight. A win in the series would strengthen their chances of qualification, and thus both teams will be keen on the same.

Pakistan were brilliant in the T20s, especially with the ball. Left-arm spinner Imad Wasim was unplayable, with nine wickets in the three T20s. He would look to continue his great form. But, there are some changes in the bowling, and it remains to be seen how things shape up. Umar Gul has been dropped from the squad that played in England. The tall Mohammad Irfan has been ruled out due to injury. Sohail Khan and Rahat Ali both make a comeback to the one-day squad. But, a lot is again likely to depend on leggie Yasir Shah. Although Mohammad Amir remains in the squad, he hasn’t been as impressive. 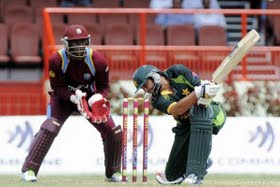 Pakistan’s ODI skipper Azhar Ali will be under pressure following his disappointing stint in England where the visitors were trumped 4-1. Azhar himself did well with the bat but, under him, Pakistan have not managed to make an impression in the one-dayers with him at the helm. From the squad that represented the team in England, Sami Aslam has been overlooked while Mohammad Hafeez will miss out due to injury. Even if he was available, his selection would not be guaranteed considering his poor form. The West Indies series also marks the return of Umar Akmal, following a stint out due to disciplinary reasons.

For West Indies, the bad news is that they will again be without Chris Gayle, who will be unavailable for selection. But, that’s not all. Lendl Simmons and Andre Russell will also not be available. Simmons is not part of the squad on medical grounds while Russell is unavailable due to some personal reasons. West Indies will hope their experienced batsmen come to the fore, which definitely wasn’t the case in the T20s. Kieron Pollard and Marlon Samuels must lift their gave while runs will also be expected from Darren Bravo and Denesh Ramdin.

In the bowling, West Indies would hope Sunil Narine can work his magic. The spinner did not get much chance to make an impact in the T20s. They will also look up to Shannon Gabriel to continue his impressive run. Skipper Jason Holder would like to make an impression as a bowler and leader. 19-year-old Alzarri Joseph, who made a decent Test debut against India, has also been retained. West Indies will go in as underdogs given the conditions on offer. But, they have hope since Pakistan themselves are struggling in the ODI format.