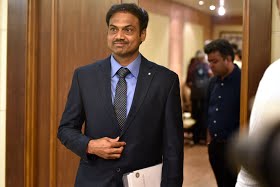 "We will fix a term for selectors and it is not right to appoint selectors every year," the former India captain went on to add.

In the AGM, several other important issues were also discussed, which will now be put forth before the Supreme Court of India. "We have made decisions in today's AGM and we will approach the court before taking any final decision, because of conflicts and previous experiences. The orders have been amended in the past and therefore we seek clarity," Ganguly explained.

On the topic of match-fixing allegations emerging in the KPL, the BCCI chief confirmed, "We have discussed it. In Chennai, there are a couple of complaints. Players are approached that is not a problem but what players do after it is the problem. We are dealing with it. Because nobody wants it. We got in touch with state authority so that there is clarity.”

While Indian cricket has tasted amazing success during the tenure of the Prasad-led selection, there has been no shortage of controversy as well. Former players like Yuvraj Singh and Harbhajan Singh have openly questioned the capability of the selection committee

The decision to choose all-rounder Vijay Shankar ahead of Ambati Rayudu for the 2019 World Cup blew up into a major controversy ahead of the mega tournament. Further, Prasad’s comments on MS Dhoni’s future were nowhere in sink with those of head coach Ravi Shastri and BCCI President Ganguly.

Recently as well, the decision to drop wicket-keeper Sanju Samson from the original squad for the West Indies T20Is despite not getting a game against Bangladesh drew a lot of criticism.

The India vs West Indies T20Is begin with the first game at Hyderabad on December 6.