India discard Laxmi Ratan Shulka came up with a dream all-round performance to help Bengal to win the Vijay Hazare Trophy 2011/12 (Ranji One Day Tournament). The 30-year-old Shukla who played 3 ODIs for India as a teenager in 1999 took 4 wickets and then followed it up with an explosive century to power Bengal to a 6-wicket victory over Mumbai today in the Final at the Feroz Shah Kotla Stadium in Delhi. 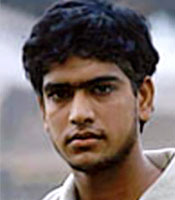 Batting first after winning the toss, Mumbai got bowled out for a modest 248. Wasim Jaffer, opening the batting scored a quick fire 61 from 48 balls with 10 fours and a six. Youngster Suryakumar Yadav scored 50 from 68 balls with 7 fours. However, none of the Mumbai batsmen got the big score which really mattered. Fast bowler Shami Ahmed took 2 for 41 in 9 overs and medium pacer LR Shukla came up with outstanding figures of 9.2-1-38-4.