Indian legend Sachin Tendulkar marks 30 years of his first Test century on Friday, August 14. It was on this day that a 17-year-old Tendulkar tamed a strong English attack at Old Trafford in Manchester to help India save the Test under tough circumstances.

While Tendulkar went on to break most records in international cricket over the next two decades, including most runs and most hundreds in Tests and ODIs, the first international century will always remain special.

Recalling his tenacious 119 not out on a tough fifth-day surface 30 years go, Tendulkar told PTI, “I scored that 100 on August 14 and next day was our Independence Day, so it was special. The headline was different and that hundred at least kept the series alive till next Test at the Oval. 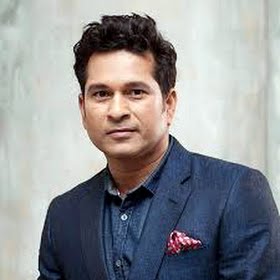 Elaborating further about the special knock, the Mumbai maestro went on to add that the art of saving a Test match was a new experience for him. He, however, added that being hit on the nose by Waqar Younis during the Sialkot Test of 1989, another saved Test, was also a big learning experience.

“In Sialkot where I got hit and scored 57, we saved that Test match, too, from 38 for 4. Waqar’s bouncer and playing through pain defined me. After those kind of hits you are either stronger or you are nowhere to be seen," the first man to hit an ODI double hundred added.

Even during the Manchester Test, Tendulkar was hit on the back of the head by English pacer Deven Malcolm. ”Yes, I didn’t call the phsyio as I didn’t want to show them that I am in pain. My pain threshold was fairly high. It’s okay to get hit. So what. You don’t show your pain to the bowler,” he further said in the PTI report.

Sharing further details about the match, Tendulkar said he fondly remembers the cover drives he played off pacer Chris Lewis. “Lewis bowled sharp inswing and throughout my career, backfoot cover drive had been my favourite shot," he revealed.

The Indian legend also praised Manoj Prabhakar, with whom he shared a crucial 160-run stand. "We came together when we were six down (183/6) but me and Manoj together said ‘yeh hum kar sakte hain, match bacha lenge’ (we can save the match). Also England had attacking field as they could only win from that position,” Tendulkar further told PTI.