Indian cricket superstars Virat Kohli and Rohit Sharma joined legions of fans and mourners across the globe in paying tribute to late NBA legend Kobe Bryant, who shocking passed away at the age of 41 on Sunday. Both Kohli and Rohit took to Instagram to pay tributes to the late superstar.

The former Los Angeles Lakers star and his 13-year-old daughter Gianna were among the nine killed in a helicopter crash in Los Angeles on a hillside in Calabasas.

Indian captain Kohli said he was 'absolutely devastated' with the sudden demise of Bryant and his daughter in the crash. His deputy Rohit posted a message which read, "Sad day for the sporting world today. One of the greats of the game gone too soon. Rest in peace Kobe Bryant and his little daughter Gianna and the other victims."

Middle-order batsman Shreyas Iyer, who was the man of the match in the first T20I at Auckland, also joined in with a post on Twitter. "Rest in peace Kobe and his daughter and also the victims of the helicopter crash. Devastated," the upcoming cricketer wrote. 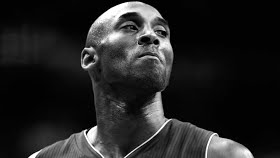 The Indian cricket team is currently in New Zealand for a full tour. They are presently 2-0 up in the five-match T20I series.

Bryant was traveling with his 13-year-old daughter Gianna and seven other passengers when the Sikorsky S-76 helicopter crashed into a hillside in Calabasas, reportedly due to foggy weather, leaving no survivors.

Apart from being a five-time NBA champion, Bryant was also a two-time Olympic gold medallist. He represented the Los Angeles Lakers for two decades in his glorious career and is unanimously regarded as one of the greatest ever to have played the game of basketball.

As the news of Bryant's untimely death spread, over 200 people gathered at the foot of the hill closest to the crash site. Current and former American Presidents Donald Trump, Barack Obama and Bill Clinton all united in grief as they paid tribute to one of the country's most famous sons.