He is a game-changer. I like match-winners: Sourav Ganguly on Rishabh Pant

Former India captain and current BCCI president Sourav Ganguly has praised wicketkeeper-batsman Rishabh Pant for his hugely improved showing in the last couple of months. Pant scored a match-winning hundred in the fourth Test against England in Ahmedabad. Earlier, he scored an unbeaten 89 as India stunned Australia at the latter’s fortress, the Gabba. Pant, in fact, finished as the third leading run-getter in the India-England Test series, with 270 runs at an average of 54.

Lauding the 23-year-old, in an exclusive interview to India Today, Ganguly said, "I have seen Pant very closely and I believe in match-winners. When they get going on their day, they single-handedly can win matches. Rishabh Pant is such a player.

"I have also said this in the past, had he stayed at the crease for 5 or 6 overs, India could have won the Sydney Test. He is a game-changer. I like match-winners. In my time, we had Sehwag, Yuvraj, Dhoni," he further added. 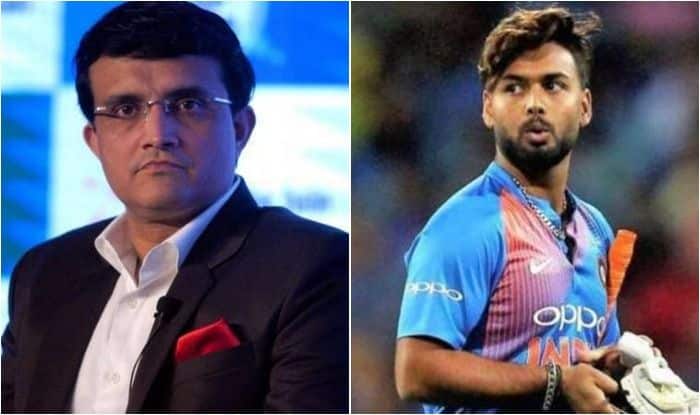 "Look at the way he played against England. India were 146 for 6 (4th Test in Ahmedabad). The match could have gone anyway. He turned it around with his knock. Look at his game sense. The second new ball came in. His counterattack against Anderson was brilliant," the former India captain stated.

Pant did not feature in the first Test in Australia. However, after India were hammered in Adelaide, he was brought in for the Boxing Day Test. He ended up playing two brilliant knocks in Sydney and Brisbane. Against England at home, Pant not only impressed with the bat, but also raised his game with the gloves. He was excellent behind the wickets on turning tracks.

Meanwhile, in the interview, Ganguly also confirmed that the World Test Championship final will take place in Southampton instead of Lord's. The 48-year-old added that he is looking forward to watching the proceedings from the venue.

"Looking forward to the WTC final and I hope we get past New Zealand. New Zealand would have played a couple of matches by the time India gets to England. Congratulate Rahane, Kohli, everyone involved. The way Pant won India the Brisbane game was excellent," Ganguly said.

With the Test series captured 3-1, India and England will now take on each other in the five-match T20I series, starting in Ahmedabad from March 12.