The first Test between India and England may have ended in a draw. The visitors though would undoubtedly be the happier of the two teams at the end of the Test

The first Test between India and England may have ended in a draw. The visitors though would undoubtedly be the happier of the two teams at the end of the Test. After all, they went into the match as underdogs. Remember, England had lost their previous Test in Bangladesh while India went into the series with crushing series wins against South Africa and New Zealand. At the same time, it is also true that England were the last team to trouble India in India. It may be too early to predict a similar result to 2012, but the Rajkot performance proves that they shouldn’t be considered pushovers.

Yes, it helped that England won the toss and got the best of conditions on the opening day. Still, there were plenty of positives for the Englishmen from the Test. As many as four batsmen from their team ended up making hundreds in the Test, which was a major achievement. If Joe Root set the tone of the match on day one, Moeen Ali held things together in the middle while Ben Stokes delivered the push towards the end of the innings with a very well managed hundred. Jonny Bairstow also got some confidence with a quick 40. 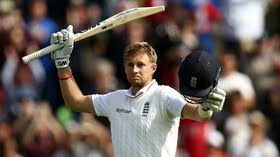 Among others, England skipper Alastair Cook was under extreme pressure, having failed to deliver with the bat and as leader in Bangladesh. But, there is something about India that brings out the best in Cook. Yet again, he proved his worth in the second innings with a ton that set up England for a declaration. Another big plus was the success of Haseeb Hameed. England have been struggling for openers, and Hameed’s success will give them hope. A decade back Cook announced himself in India. Hameed did the same at Rajkot.

England’s bowlers also competed excellently on the final day to put India under pressure on the final day. Adil Rashid was particularly impressive, ending with seven wickets, including three on the final day. In a match where Ravichandran Ashwin and Amit Mishra struggled, Rashid’s effort was hugely notable. England can undoubtedly claim the moral victory in the match. Not only did they outshine India with the bat, their bowlers also proved to be comparatively more effective than the Indians. The match proved that India can definitely be put under pressure in case they lose the toss.

India should definitely be disappointed with the effort they put up at Rajkot. Their fielding in the first innings was particularly abysmal as they let as many as five chances slip. You don’t win Tests with such efforts in the field. Murali Vijay and Cheteshwar Pujara batted very well for their hundreds in the first innings and Ashwin also chipped in with the bat towards the end. However, the batting crumbled under pressure in the second innings, which is not a great sign. Had it not been for skipper Virat Kohli’s resilience on the final day, England might have ended up upsetting the Indians.