South Africa will play in the opening Test at Gabba with just the ten batsmen as their left-hander JP Duminy has been ruled out of action with an accidental heel injury.

South Africa will play in the opening Test at Gabba with just the ten batsmen as their left-hander JP Duminy has been ruled out of action with an accidental heel injury. The southpaw not only misses the ongoing Gabba Test but also the entire Test Series with the injury which is likely to keep him out for about six months.

Duminy was in the comfort of the dressing room as the pair of Hashim Amla and Jacques Kallis pounded the Australian bowling to take the visitors to a supreme 255 for 2 on the opening day’s play at Gabba. However, it was during the post day warming down session that saw JP Duminy accidentally rupture an Achilles tendon in his left heel. 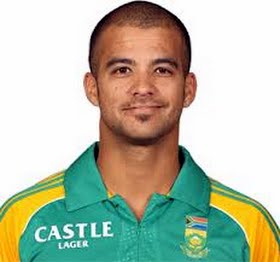 Faf du Plessis, the 12th man will field for JP Duminy who is expected to return to South Africa soon. A replacement player for Duminy in the squad will be named in due course according to Cricket South Africa. South Africa fortunately will not miss Duminy as they already have a healthy total on the board and even in the worst situation are likely to get around 350-400 in their first innings considering the enormous depth in their batting right till no.11. The Proteas are heavily loaded with batsmen in their line-up with AB de Villiers doubling up as a Wicket Keeper while Vernon Philander and debutant Rory Kleinveldt being capable all-rounders.

However, the Proteas were counting on JP Duminy to turn his arm around for some useful off breaks as they had gone into the Gabba Test with an all-out pace attack by excluding leggie Imran Tahir. Will that move of leaving Imran Tahir out of the team on a dry batting surface remains to be seen.

On Duminy’s injury, Team Manager, Dr Mohammed Moosajee according to Cricket South Africa has been quoted to have said: “At first assessment JP said he heard a loud clicking sound and it felt like he had been hit by an object. The diagnosis of an Achilles’ tendon rupture was confirmed by the MRI scan this evening and he will undergo surgery to re-attach the tendon on Saturday morning.

“Injuries of this nature are caused by a sudden contraction against the direction of movement by the calf muscle as was the case during his sprint.

“We will only be able to gauge further down the line on an expected recovery date, but injuries of this nature have been known to take up to at least six months before the player can resume playing cricket.

“He is obviously disappointed, but JP, being JP, is trying his best to stay positive, he says everything happens for a reason.”