On Saturday, South African captain Graeme Smith achieved the rare distinction of scoring a hundred in his hundredth Test. With the knock, the left-hander placed himself in elite company. Here’s a look at a few other players who also celebrated their centenary Test with a hundred.

On Saturday, South African captain Graeme Smith achieved the rare distinction of scoring a hundred in his hundredth Test. With the knock, the left-hander placed himself in elite company. Here’s a look at a few other players who also celebrated their centenary Test with a hundred.

Colin Cowdrey: The former England skipper became the first ever batsman to score a hundred in his hundredth Test. The setting was Edgbaston in Birmingham. England batted first and Cowdrey, batting at number three, came up with a wonderfully composed 104. The knock featured 15 sublime hits to the fence and took England to 489 in their first innings. Cowdrey was well supported by John Edrich and Tom Graveney, who made 88 and 96 respectively. The match ended in a draw, but Cowdrey wrote himself into the record books.

Javed Miandad: India’s tour of Pakistan is often remembered for the debut of two cricketing legends from either side of the border – Sachin Tendulkar and Waqar Younis. But, it is rarely recalled that Miandad got a ton in his centenary Test at Lahore. In a high-scoring draw, India batted first and amassed a massive 509 on board – Sanjay Manjrekar came up with that highly remembered 218 while Ravi Shastri and Mohammad Azharuddin backed him with half-centuries. In reply, Pakistan went on to score one short of 700, losing just five wickets. While Shoaib Mohammad was the key contributor with his unbeaten 203, Miandad made an equally crucial 145. The innings was studded with 10 fours, but was easily overshadowed by the efforts of Manjrekar and Mohammad.

Alec Stewart: He was the unlikeliest of candidates to achieve the feat. In another drawn Test, at Manchester, West Indies took first strike and collapsed to 157. The visitors fought back, restricting England to 17 for 3. However, even as wickets kept falling regularly from the other end, Stewart kept going from one end, and at a fair pace at that. His 105 came off only 153 balls and featured 13 hits to the fence. Windies batted with vigour in the second essay to draw the Test, but Stewart had done enough to pick up the man of the match. 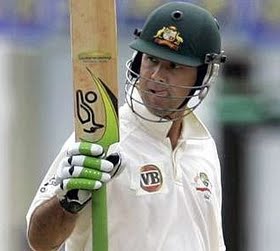 Inzamam-ul-Haq: Pakistan’s tour of India in 2005, which succeeded the highly appreciated tour of India to their neighboursthe year earlier wasn’t as memorable. Inzamam would beg to defer though. Playing in his hundredth Test, he notched up a chanceless 184, a knock studded with 25 classy boundaries. In the same game, Younis Khan made 267 as Pakistan registered a massive 570 in their first innings. India responded well in their first essay, but collapsed in the second as Pakistan cruised to victory, and Inzamam got one of his more memorable victories as skipper.

Ricky Ponting: A select few batsmen have got a hundred in their hundredth Test, but no one has achieved was Ponting has – tons in each innings of their hundredth Test. In the New Year Test of 2006 against South Africa, Ponting got 120 runs in the first innings, and an unbeaten 143 in the second, which helped Australia chase down a challenging target of 287, and also guided them to a series win. The knocks certified Punter as a great.