Cricket South Africa has brought out a tender inviting bids for eight T20 teams. They have done so, planning to start its own T20 league, on the lines of IPL

Cricket South Africa has brought out a tender inviting bids for eight T20 teams. They have done so, planning to start its own T20 league, on the lines of IPL. The tournament is likely to be held towards the end of 2017.

Apart from the IPL, the BBL and CPL are the other famous T20 leagues frequented by cricketers. The upcoming tournament will be South Africa's flagship event in T20s, although they already have a six-team franchise tournament in place.

According to a report in espncricinfo, CSA wants teams with foreign owners. Ads have been placed in international newspapers, including some Indian ones. It is being stated that the T20 event will be played in November-December with a final on December 16, as it is a public holiday in South Africa. 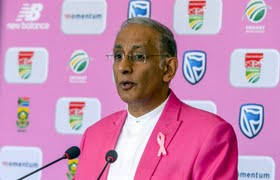 There is still not much clarity over the same though India may visit South Africa for a four-Test, five-ODI and three-T20 tour of South Africa in the summer of 2017-18. If things fall into place, South African will have a bumper home season, with ten home Tests to go with the T20 event.

"Our vision is to drive the creation of a new #T20 destination league in South Africa that would energise the sport of cricket in South Africa by creating a global platform for the best-in-class to perform and showcase their talent to a global audience," Chris Nenzani, CSA president said was quoted as saying by espncricinfo.

The report added that Nenzani and CEO Haroon Lorgat informed other member countries of their plans of starting this T20 tournament during the ICC meetings in Dubai this week.

"We have received a very favourable response to our plans from the ICC and member boards and look to their support in our endeavour. We now look forward to another exciting chapter in the evolution of South African cricket and to the whole game benefitting from our new #T20 Global League," Nenzani concluded.