It was no surprise as Rajasthan clinched the Ranji Trophy Championship today at the MA Chidambaram Stadium in Chennai beating hosts Tamil Nadu on virtue of their first innings lead. Ever since the Rajasthan openers had batted out the entire first day’s play, it was evident that the defending champions were methodically grinding their opposition to post up a huge first innings total which they have been doing right through the tournament.

Rajasthan’s Opener Vineet Saxena went a step ahead to carry his bat patiently through for two full days which is quite a rarity in modern cricket. For the record, he scored 257 as Rajasthan piled up 621 to bat out Tamil Nadu out of the contest. In a way, it was very crucial that Rajasthan had won the toss so that they could bat first. Tamil Nadu who could bat only when the pitch weared down in pace and bounce came up with just 295 on the fourth day! 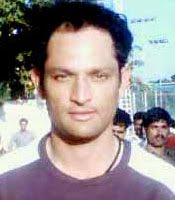 Led by India discard Hrishikesh Kanitkar, Rajasthan has for the second consecutive time has lifted the Ranji Trophy Championship. On the fifth and final day, Rajasthan resuming at an overnight score of 21 for no loss in their second innings declared at 204 for 5 with Robin Bist top scoring with 92 (from 185 balls with 13 fours). Robin Bist and Vineet Saxena who made 13 in the second innings had registered 1000 runs in this Ranji Trophy Season.

Tamil Nadu given a target of 531 finished the match at 8 for 2 in 13 overs losing its wickets to left arm spinner Gajendra Singh.