Virat Kohli scored a sensational 82 not out in 53 balls as India beat Pakistan by four wickets in the ICC Men’s T20 World Cup 2022 Super 12 match at the Melbourne Cricket Ground (MCG) on Sunday, October 23. Chasing 160 for victory, India lost four wickets for 31 runs. However, Kohli and Hardik Pandya (40 off 37) added 113 for the fifth wicket to give India some hope. Some incredible six-hitting from Kohli at the end took India past the finish line.

In the chase, Naseem Shah cleaned up KL Rahul (4), while the pace of Haris Rauf took out Rohit Sharma (4) and Suryakumar Yadav (5). Axar Patel, who had conceded 21 runs in his only over, was then run out for 2 after a mix-up with Kohli. The latter and Pandya kept India in the hunt, even if only slightly. The chase master then turned it on in the last few overs. The winning runs came via a loft by Ravichandran Ashwin off Nawaz. 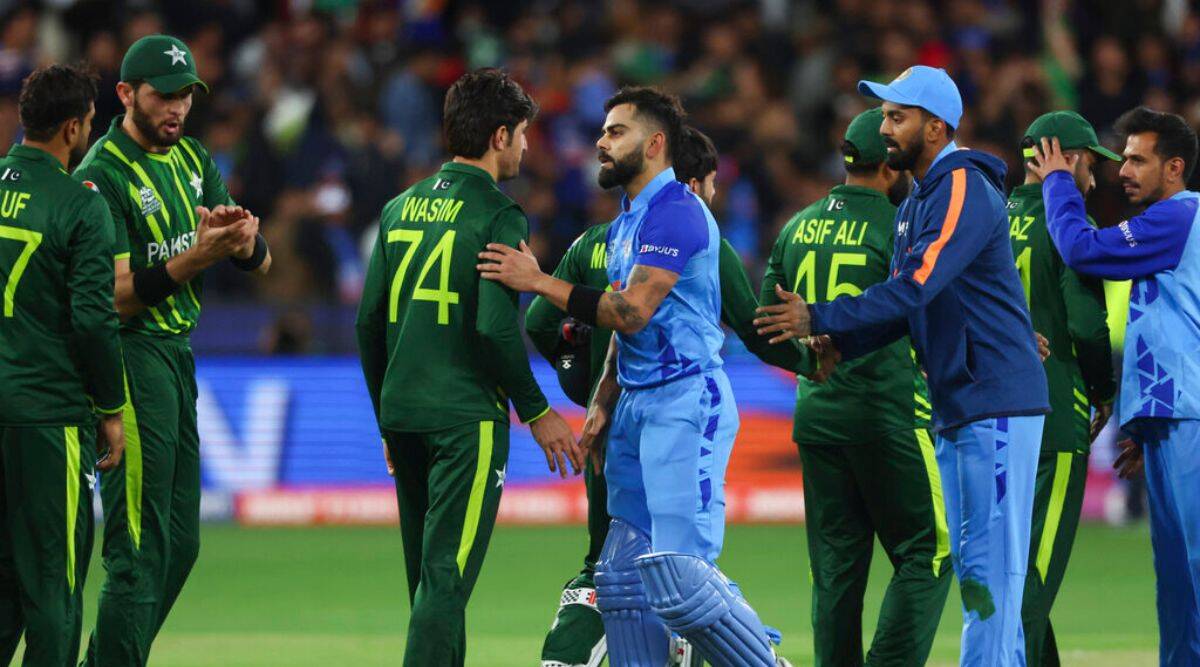 Reflecting on the superb, Indian captain Rohit said, “I was in the dressing room. I don't have any words left. You got to expect something like this in a game like this. We wanted to stay in the game for as long as possible. That crucial partnership was the game-changing moment for us. The pitch had something in it. There was nice carry. Some swing and seam. Good to see from the bowling perspective.”

Pakistan captain Babar credited Kohli and Pandya. He said, “Our bowlers bowled really well. All credit to Kohli and Pandya. It wasn't easy with the new ball. We had partnerships after 10 overs. We had a chance. We tried to stick to our plans. But credit to Virat Kohli. In the middle we decided we wanted a wicket and held the spinner back.”