Dravid and Tendulkar were involved in a close battle, which was eventually won by the former. A total of 11,400 fans took part in the poll. 52% voted for Dravid as the greatest Indian batsman while Tendulkar got 48% votes. Former opening batsman Sunil Gavaskar finished third followed by current Indian captain Virat Kohli, who stood fourth. 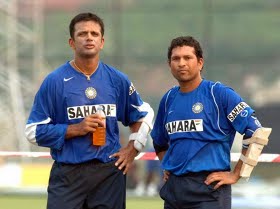 “Much like Dravid batted during his playing career, he dug in and fought back in the poll, eventually crossing the line with a decent lead at the very end,” the Wisden India report stated.

All four cricketers have achieved marvellous feats in the longer version of the game. While Tendulkar holds the record for most runs (15,921), most hundreds (51) and most Test matches (200), Dravid is fourth on the list of all-time Test run-scorers with 13,288 runs. He also coached the U19 Indian team that won the World Cup under Prithvi Shaw in 2018.

As for Gavaskar, he was the first ever batsman in the history of the game to break the 10,000-run mark in the traditional format of the sport. He finished his career with 10,122 runs in 125 Tests at an average of 51.12 with 34 Test hundreds.

Speaking of modern-day great Kohli, he already holds the record of having slammed most double hundreds as captain -- seven. In 86 Tests that the Delhi man has featured in so far, Kohli has smashed 7,240 runs at an average of 53.62 with 27 tons. He is widely regarded as the successor to Tendulkar.