Shreyas Iyer could be KKR’s player of the decade: Coach Brendon McCullum

Kolkata Knight Riders head coach Brendon McCullum has paid a massive compliment to their captain Shreyas Iyer. The former New Zealand captain said that Shreyas has all the qualities to be the franchise’s player of the decade. The 27-year-old cricketer from Mumbai had earlier led Delhi Capitals (DC) to the final in 2020. He parted ways with the franchise at the end of last season and was picked up by KKR for Rs 12.25 crore at the mega auction.

Speaking ahead of the IPL 2022 opener, which will feature KKR taking on defending champions Chennai Super Kings (CSK), McCullum said, “He’s a great buy. He could be the franchise player for KKR for the best part of the decade. We’ve got to start somewhere and that’s tomorrow. He’s already incredibly well-respected around the world for what his game is about and what he’s been able to achieve. His best years are certainly in front of him. I think he’s got the potential to be an absolute superstar of the game so I can’t wait to work with him."

The middle-order batter has been in excellent form in recent times. He scored three unbeaten half-centuries in the T20I series against Sri Lanka at home as India routed the Lankans 3-0. The elegant batter registered scores of 57 not out, 74 not out, and 73 not out. 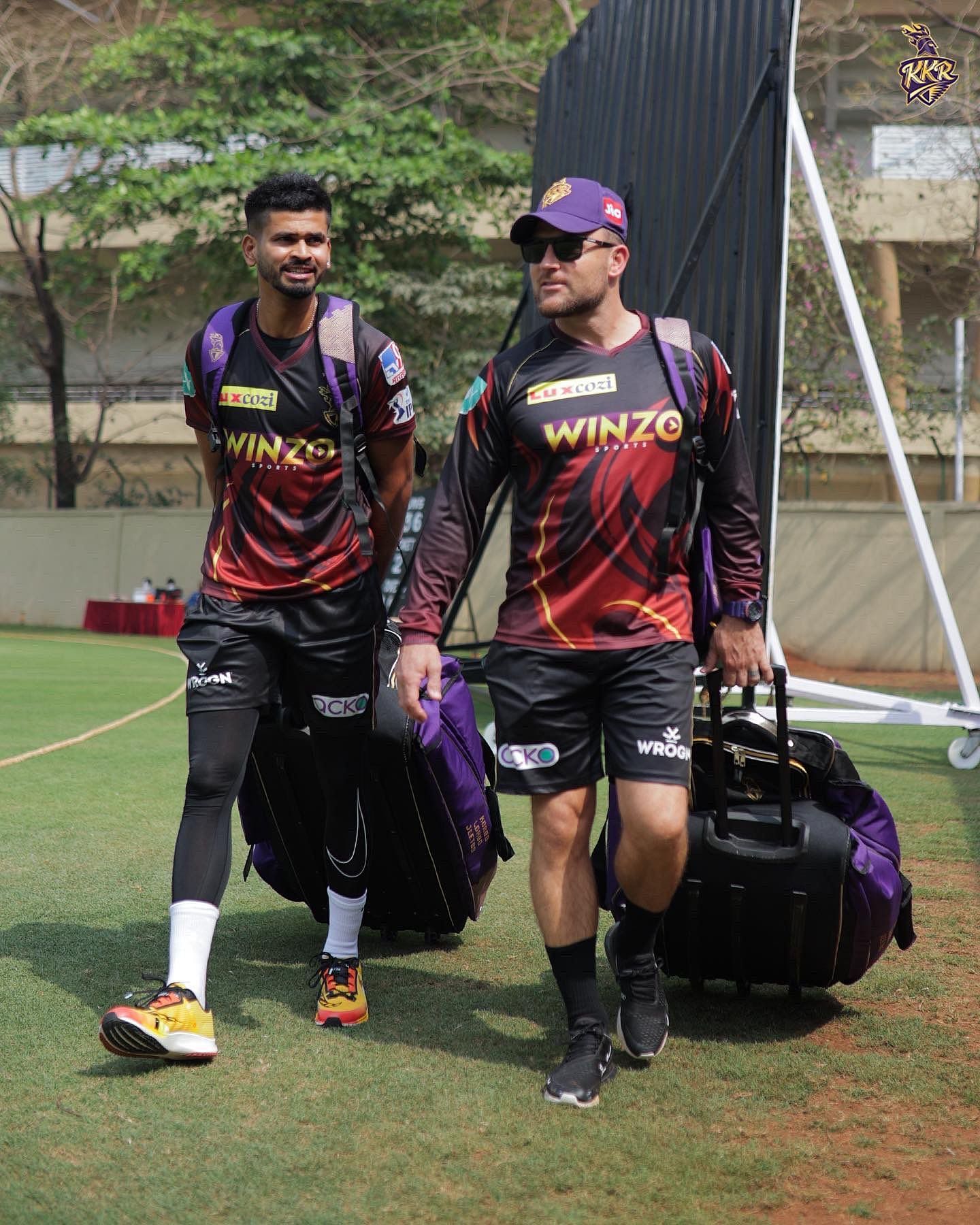 The former Kiwi captain also pointed out that he Shreyas has an attacking mindset which is similar to what he had during his playing days, which can work well for the franchise. He explained, “We both share a common value of how we like to see the game played, which is you get a group of guys together, paint a vision and get the guys play the game positively, and try and embrace those who are around you.”

“We all will go on a journey together to try and achieve something not just special in terms of results but also in terms of the investment, which hopefully we’re going to talk about for many years to come. So I’m really, really excited to work with Shreyas," McCullum continued.

Meanwhile, McCullum confirmed that New Zealand pace bowler Tim Southee won’t be available for the match against CSK. Australian fast bowler Pat Cummins will also miss the first few games due to national duty. Umesh Yadav and Shivam Mavi are likely to be KKR’s key pacers in the first match