Openers Alex Hales (86* off 47) and Jos Buttler (80* off 49) added a record 170 runs for the opening wicket as England walloped India by 10 wickets in the ICC Men’s T20 World Cup 2022 second semi-final at the Adelaide Oval on Thursday, November 10. The Hales-Buttler stand is now the highest ever partnership in T20 World Cup history, going past the 168 added by Quinton de Kock and Rilee Rossouw earlier in this same edition.

England completely dominated the Men in Blue on Thursday. Bowling first after winning the toss, they held the opposition to 168/6. KL Rahul (5), skipper Rohit Sharma (27) and Suryakumar Yadav (14) all perished before India could reach the 100-run mark.

Hardik Pandya (63 off 33) and Virat Kohli (50 off 40) added 61 runs for the fourth wicket to give the Indian innings a boost. The latter, who struck four fours and a six, was dismissed immediately after crossing his half-century. Pandya, however, provided India with the final flourish, clubbing four fours and five sixes in his excellent knock. He was hit-wicket off the last ball of the innings. 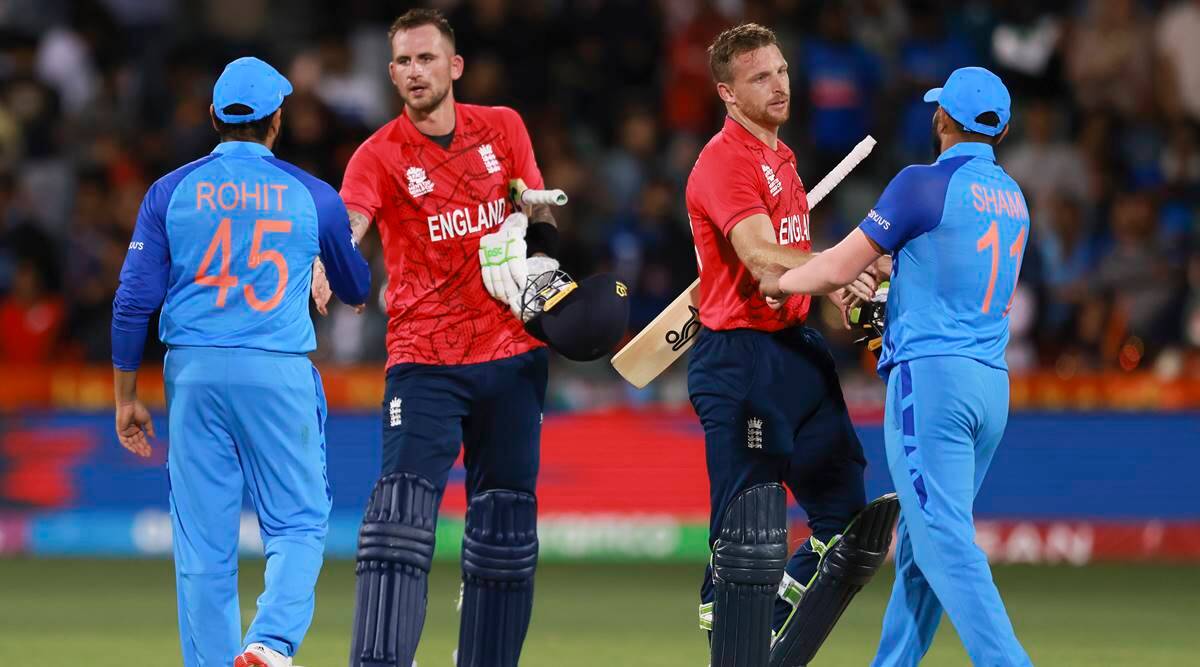 In the chase, Hales and Buttler were absolutely brutal, killing all hopes of an India-Pakistan final. Hales, who was the aggressor of the two, struck four fours and seven sixes. The England captain, who kicked off the innings with three fours in the first over, cashed in at the end, once the result became a formality. He ended up striking nine fours and three sixes.

Speaking after the defeat, a dejected Team India captain Rohit admitted, “Pretty disappointed how it turned up today. We batted well at the backend to get that score. We were not upto the mark with the ball, we couldn't turn up today. It's all about handling the pressure in knockout games. All these guys have played enough to understand that. These guys have played under pressure in IPL games, it's all about keeping calm. We were nervy to start with, but you got to give credit to their openers, they played really well.”

England captain Buttler hailed his team and said, “I think the character we have shown since then (England's loss against Ireland) - it has been amazing. We came here very excited, there was a very good feeling. Everyone from 1 to 11 - stood up today. We always want to start fast and aggressive. Rashid was batting at 11, that's incredible to know that we have such depth. Hales used the dimensions well and he has shown his form. He was brilliant today.”