Sydney Sixers look to build on win against Chennai

Chennai Super Kings going down to Sydney Sixers and Lions overcoming Mumbai Indians were illustrations of the fact thatin T20 cricket there is no such fundamental as a strong side.

Chennai Super Kings going down to Sydney Sixers and Lions overcoming Mumbai Indians were illustrations of the fact thatin T20 cricket there is no such fundamental as a strong side. On paper, both CSK and Mumbai Indians looked way healthier that their opponents. However, they failed where it mattered the most, on the field. This is all the more reason why the Sixers cannot believe that they have the upper hand when it comes to their second game against Yorkshire who, on the other hand, would be keen to get off to a winning start, just like the other sides in the tournament. 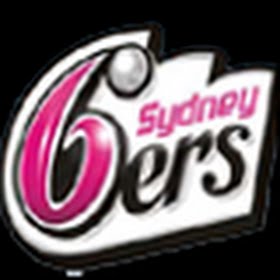 The reason for Sixers overpowering Chennai the other day was rather simple –Moises Henriques. The all-rounder has done precious little while playing for different IPL sides over the last few seasons. On Sunday against Chennai, however, he was unstoppable. His blitzkrieg of a knock, which featured five fours and three sixes ensured that Sixers posted an imposing total on the board. But for his whirlwind innings, Chennai would have had a much simpler task chasing. His performance with the ball was equally good. He destroyed the middle-order with his three-wicket spell, which included the prize scalp of top scorer Suresh Raina. Again, take away Henriques’ spell, and the match could well have taken a different turn.

Sixers were lucky to have Henriques in such imperious form against Chennai. It will however also be crucial for the other prominent members of the squad to chip in. Shane Watson, who would only be playing one more match after this, would be keen to leave his stamp on the tournament. He looked in great touch the other day, and would be happy to carry forward the same. More substantial efforts should be expected from the likes of Michael Lumb at the top of the order. Skipper Brad Haddin and Steven Smith did get starts, but they ought to carry and make bigger scores. In the bowling department as well, the Sixers would want better efforts from Watson and Pat Cummins. The latter, in particular, received some harsh treatment at the hands of Chennai batsman and would want to make amends.

Yorkshire would be led by 28-year-old Andrew Gale, who is a left-hand batsman and occasional leg break bowler. It remains to be seen what magic he can create against better known players. The only known faces in the Yorkshire side are Phil Jaques who opened the batting for Australia in Tests for a brief while, albeit unsuccessfully, and Ryan Sidebottom, the left-arm medium pacer who retired from international cricket a year ago. All the others in the side are youngsters waiting to prove their worth.

Gale and his bunch of unknown quantities can take inspiration from none other than their opponents for game on Tuesday. Just like Sixers got the better of CSK, Yorkshire would be keen to overcome Sixers. One can only wonder who could be their Henriques though!