The one-day series between Pakistan and West Indies, which was scheduled to held after the T20I series which ended on Thursday, has been postponed and will now be played in June 2022. The decision was taken after five more members of the West Indies touring party, including players Shai Hope, Akeal Hosein and Justin Greaves, tested positive for COVID-19. On arrival in Karachi, Sheldon Cottrell, Roston Chase and Kyle Mayers had also tested COVID-19 positive

Following Thursday’s development, the Pakistan Cricket Board (PCB) and Cricket West Indies (CWI) released a joint statement and informed that the ODI series will be played later next year.

In the statement, PCB said, “On Thursday morning and as part of the PCB COVID-19 Protocols, Rapid Antigen tests were conducted on the remaining 15 West Indies players and six player support personnel. All 21 members of the West Indies touring party returned negative test result. As such, Thursday’s T20 International (T20I) proceeded as planned.” 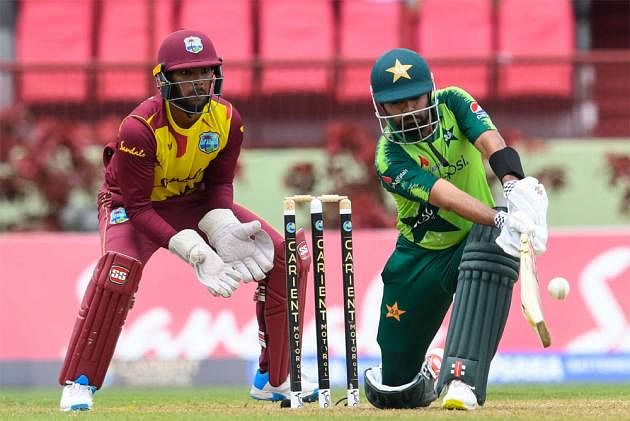 The statement added, “However, taking into consideration both the teams’ welfare as well as limited resources in the West Indies side for the ODIs, it has been agreed that the series, which forms part of the ICC Men’s Cricket Word Cup Super League, will be postponed and rescheduled for early June 2022.”

The ODI series is a part of the 2023 ICC ODI World Cup Super League and hence PCB agreed that it would only be fair for West Indies to have an opportunity to field their best players. The statement continued, “This will provide the West Indies with an equal opportunity to field their best available players for the World Cup qualification matches.”

All the West Indies players who have tested negative will leave Pakistan after the third T20I. However, the members who have been affected will stay back and complete their isolation in Karachi. “The West Indies team members, who returned negative results following Wednesday’s PCR and today’s Rapid Antigen tests, will depart from Pakistan after tonight’s match. Those who have tested positive will complete their isolation in Karachi before their travel arrangements are finalised to allow them to rejoin their families in time for Christmas celebrations," the statement said.

Meanwhile, Pakistan clean swept West Indies by winning the third T20I by seven wickets. Chasing a challenging 208, the hosts eased home in 18.5 overs courtesy their openers, who added 158 in 15.1 overs. Mohammad Rizwan top-scored with 87 from 45 while skipper Babar Azam contributed 79 in 53. Asif Ali came in and smashed an unbeaten 21 from 7.