In focus: Tracing Kane Williamson’s ascend to No.1 batsman in Tests

En route to his hundred during New Zealand’s second innings at Seddon Park in Hamilton, Kane Williamson became the number one batsman in Tests. Williamson remained unbeaten on 108 as New Zealand won the second Test by five wickets to clinch the series

En route to his hundred during New Zealand’s second innings at Seddon Park in Hamilton, Kane Williamson became the number one batsman in Tests. Williamson remained unbeaten on 108 as New Zealand won the second Test by five wickets to clinch the series. Williamson’s hundred was to go with twin half-centuries in the first Test at Dunedin. After 46 Tests, he now has 3985 runs at an average of nearly 50, with 13 hundreds and 18 fifties and a best of 242 not out. Here’s a closer look at Williamson’s rise to number one in the Test rankings.

Stunning debut: Williamson made his debut five years back as a promising batsman, and showed his talent right away, with a brilliant 131 on debut against India at Ahmedabad in November 2010. In the second Test of the series at Hyderabad, he continued his good work with a 69 at Hyderabad. He tasted his first real failure in the third Test of the series. He managed only 0 and 8 in the final match at Nagpur. 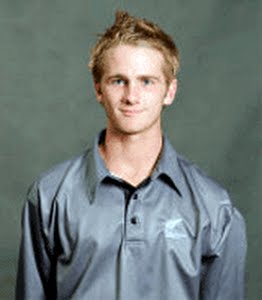 Lean spell: In the next eight Tests, Williamson went without a hundred, although he kept getting starts. There were three fifties during this period, against Pakistan, Zimbabwe and South Africa. But, the big score was missing. The big knock wasn’t far away though.

End of ton-less streak: Nearly a year-and-a-half after he made a hundred on Test debut, Williamson registered his second Test hundred, scoring an unbeaten 102 at Wellington. This was followed by another lean spell, albeit a shorter one. In the next five Tests played against West Indies, India and Sri Lanka, Williamson scored only one fifty, and was also out for ducks on a couple of occasions.

Versatility to the fore: The big test for any batsman hoping to be respected is to score all around the globe. And, although Williamson got a hundred on debut in India, the huge scores did not come as expected. He broke the jinx with a superb 135 against Sri Lanka at Colombo in November 2012. After a few fifties against England, he went to Bangladesh and registered a hundred and a fifty in the first Test at Chittagong. This was followed by tons against India (Auckland), West Indies (Kingston and Bridgetown), and a big one (192) against Pakistan at Sharjah.

Golden run: 2015 has been a golden run for Williamson without doubt. He began with a spectacular 242 not out against Sri Lanka at Wellington, which was preceded by a 69 in the first innings of the Test. Since, he has smashed hundreds against England (132 at Lord’s), Australia (140 at Brisbane and 166 at Perth). His only failure came in the third Test at Adelaide as New Zealand crumbled. But, against Sri Lanka in the current series, he has been at his very best – with scores of 88, 71, 1 and 108. The great run means he is all set to finish the year as Test cricket’s top-ranked batsman.