With 2015 drawing to a close, we look back at cricketers who had an extremely memorable year.

With 2015 drawing to a close, we look back at cricketers who had an extremely memorable year.

Steven Smith: We have got to start with the Aussie captain, who began the year with a bang, and finished it on a high as well. Smith ended up playing 13 Tests during the course of the year, in which he notched up six hundreds and five fifties at an average of 73.70, and a best of 215. He was also a key figure in Australia's World Cup triumph, notching up a hundred in the semi-final at Sydney against India.

Kane Williamson: The New Zealand great in the making did not have an impressive World Cup, but he had a sensational year in Tests, and was quite clearly the standout player of 2015 across formats. Williamson featured in only eight Tests during the course of 2015, and yet ended up amassing 1172 runs at a smashing average of 90 with five hundreds and four fifties to go with an impressive best of 242 not out.

Joe Root: If England managed to revive themselves after the World Cup horror, it had a lot to do with Root's standout year. He was scoring consistently even as England were struggling, but flourished further once he began getting support. Root ended the year with 1385 runs in 14 Tests averaging 63.70 with three hundreds and 10 fifties, with a best of 182 not out.

Adam Voges: What do you call a player who makes his Test debut at 36, and ends up averaging 85.66 after 12 Tests with four hundreds and three fifties with a best of 269 not out. Freak? Well, you can also call him Adam Voges. The numbers are definitely misleading to an extent, as almost all of his runs have come against the weak West Indies. He struggled in the Ashes against England. Still, his success this late in his career is proof of his insatiable hunger.

David Warner: Another memorable year in Tests for the aggressive left-hander. In 13 Tests, he scored 1317 runs averaging 55 with four hundreds, seven fifties and a best of 253. Warner played some sizzling innings during the year. Although his one-day performance wasn't as consistent, he did give the team some whirlwind starts.

R. Ashwin: The Indian off-spinner was among the most impressive bowlers on the circuit in 2015. Of course, he was aided by responsive surfaces in Sri Lanka and at home as well. Still, it must be said that Ashwin was at his best in 2015. In 9 Tests that he played, he scalped 62 wickets at an average of 17.20 with seven five-wicket hauls and two ten-wicket match hauls. Ashwin got his wickets at an impressive strike rate of 36.

Mitchell Starc: The left-hander's rise was the passing of the baton of sorts as the senior left-arm seamer in the side, Mitchell Johnson, announced his retirement towards the end of the year. Starc was successful in both ODIs and Tests. He finished as the leading wicket-taker in the World Cup, including a match-changing spell in the final. In Tests, he managed 46 wickets in 11 matches at an average of 25, with two five-fors. 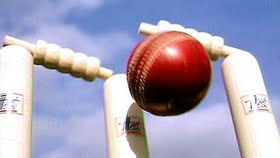 Yasir Shah: The year ended on a sad note for the Pakistan leg-spinner as he has been suspended after failing a drug test. But, take that away and 2015 will be seen as his watershed year. In seven Tests, he picked up 49 wickets at an average of 23 with three five-fors. When fit, he more often than not made an impression in Tests as well as the ODIs.

Josh Hazelwood: It may be too early to compare him with Glenn McGrath. But, in the brief while that he has been involved with Australian cricket, his accuracy has definitely stood out. He has the wickets to show as well. In 12 Tests, Hazelwood picked up 51 scalps at an average of 23.25 with two five-wicket hauls. He was impressive in the one-day matches as well.

Stuart Broad: His days in coloured clothing may be over, but Broad remains a force in Test cricket, more so than ever. His 8 for 15 during the Ashes when he blew away Australia was undoubtedly the bowling performance of the year. Broad ended the year with 56 wickets in 14 Tests at an average of 23.82 with two five-wicket hauls.