Why Andrew Strauss’ 100th Test is among his most significant

The riveting Test series between England and South Africa began with Graeme Smith completing a century of Tests, and ends with his English counterpart, Andrew Strauss doing the same.

The riveting Test series between England and South Africa began with Graeme Smith completing a century of Tests, and ends with his English counterpart, Andrew Strauss doing the same. One wonders whether anything similar has ever transpired in an international series, where the captains of both teams played in their 100th Test.

Anyways, keeping trivia aside, Strauss has an extremely enviable task on hand. He’s got to do exactly what Smith did in his hundred Test, lead the side to victory, which will not only ensure that the series in level, but also help England retain their number one crown by the scruff of the neck. If in the process, Strauss manages to come up with a ton of his own, just to maintain the similarity with Smith, there can be nothing better for English cricket. 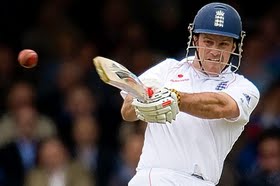 Apart from being his 100th Test, the game will also be crucial for English cricket, since Strauss’ captaincy will be tested amidst all the controversy surrounding Kevin Pietersen. Although this is not the first time Pietersen has put Strauss in a tight spot, the fact that England’s reputation is at stake will make matters tougher for the left-handed batsman. Also, Strauss hasn’t been among the runs in this series, which would be bothering him as well as the team management.

The last time England were put under such massive pressure was after they were bowled out for 51 by West Indies in a Test in 2008. Incidentally, that game was Strauss’ first as full-time leader. The captain responded with three centuries in the series, and although all the games were drawn, Strauss came back with his reputation intact. The task for the England leader will be much tougher against an inspired South African attack.

The Proteas are well aware that England would not just be feeling the pressure of maintaining their number one status, but also of the entire Pietersen episode that has been threatening to overshadow the Test. This is where the cricket world would be watching Strauss, and the manner in which he deals with the entire scenario. In a sense, the England skipper is the right man to be leading the team into the must-win Test. He is known for his calm attitude and unperturbed demeanour, exactly what a team that is under the pump needs.

Strauss also knows that in case England fail to win at Lord’s, and he doesn’t get runs with the bat, the swords would be hanging at him again. In cricket, the fine line between success and failure has become very thin. Prior to the West Indies series, there were calls for Strauss’ head considering his extended run of poor form. However, the selectors kept their faith in, and he responded with two centuries to bring his career back on track. Defeat at the hands of South Africa, and all that will be forgotten. To put it simply, Strauss’ future both as player and leader hinges heavily on what transpires at Lord’s.