South Africa have picked three spinners for their four-Test series against India -- Imran Tahir will lead the attack, supported by and Dane Piedt and Simon Harmer. And while that is a positive move, as South have chosen a team keeping in mind the conditions on offer

South Africa have picked three spinners for their four-Test series against India -- Imran Tahir will lead the attack, supported by and Dane Piedt and Simon Harmer. And while that is a positive move, as South have chosen a team keeping in mind the conditions on offer, even though they may even be playing into India's strength. The bigger battle for South Africa though could well be how they face spin rather than deliver it. It is no secret that the Proteas have a history of faltering to slow bowling in the past. Even though that changed slightly under the Graeme Smith era, that area remains a concern.

Looking at South Africa's Test team, they should be confident of doing well since they have players who have succeeded in these conditions. Skipper Hashim Amla will be the key figure in South African batting line up. He has been prolific against India and, on one of his previous visits to the country, just refused to get out. Such was his stranglehold on the Indian bowling, it almost seemed India had given up hope of getting him out. A few years have past since, and while Amla remains a top batsman, he hasn't proved to be as consistent in recent times. It remains to be seen whether the challenge of facing India will bring out the best in him again. 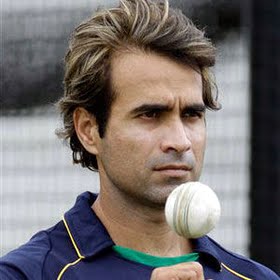 Equally dangerous for India will be the presence of AB de Villiers, who also has enjoyed very good success in India in the past. In fact, he and Amla are the two best players of slow bowling in the Proteas line-up, and how they fare against the Indian spinners could go a long way in deciding the fate of the series. Amla and de Villiers vs Ravichandran Ashwin and Amit Mishra could well be the battle within the battle in the series. Faf du Plessis is the third big batter in the South African batting line-up. He too is a highly experienced batsman, and possesses excellent footwork against spinners.

While the big three will obviously be expected to do well in the Tests, they will definitely need the support of the other batsmen in the team to be competitive. JP Duminy has been around the international scene for a few years now, but hasn't really secured his Test spot in spite of a bright start to his career. He gets another opportunity to prove his worth. Undoubtedly, Duminy has the talent, but the time has indeed come for him to deliver what he has been promising for a while now. Temba Bavuma is an upcoming talent for whom the series will be a big challenge. Dean Elgar will have an important role to play at the top of the order, and Stiaan van Zyl will also be in the scheme of things.

Even as South Africa have picked three spinners for the India tour, it will be challenge for them. Tahir is making a comeback to the Test side, and he will be keen to make a mark. The series will be a massive learning curve for Peidt and Harmer. At the same time, South Africa would be encouraged by the fact that India have been troubled by slow bowling in recent times, with the likes of Moeen Ali, Nathan Lyon and Rangana Herath all delivery match-winning spells against them. Having said that, India cannot ignore the pace threat of Dale Steyn. Morne Morkel and Vernon Philander have also troubled India, and now they also have rising star Kagiso Rabada in their midst.