Aussie spinner Nathan Lyon has said that Australia are out to "end careers" for England players in the upcoming Ashes Tests like in 2013-14,

Aussie spinner Nathan Lyon has said that Australia are out to "end careers" for England players in the upcoming Ashes Tests like in 2013-14,

"I know Root got dropped last time when he was here, so it'd be good to get him dropped again wouldn't it? If we can start by opening up that crack, it's pretty crucial," Lyon told reporters according to a DNA report. 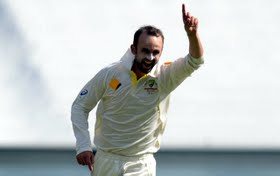 "There's a lot of scars for the English guys, especially coming over here, especially when we have two guys bowling 150ks (93 mph), not just one now," he added.

On the 2013-2014 tour saw Jonathan Trott being sent home with stress-related illness while Graeme Swann abruptly retired mid-series while Matt Prior was dropped.

"Leading into Perth we knew, Matt Prior wanted to fly home before the game started and he was one of the senior players. He was scared. It's four years ago. I think he's all right now,” Lyon recalled.