Australia complete 4-0 whitewash without any fuss

Morning Session Highlights : It took just a minute less than an hour this morning for the Aussies to wrap up the Indian lower order to ease to a 298-run victory in the fourth and fourth and final Test at Adelaide. Australia needed 69.4 overs to bowl out India for 201 on what was still a good batting surface at the Adelaide Oval. Fast bowler Peter Siddle with figures of 5 for 49 and 1 for 47 got the Man of the Match award ahead of double centurions - Ricky Ponting and Michael Clarke. The Australian Skipper Michael Clarke with a triple century and a double century got the Player of the Series award beating his own teammate Ben Hilfenhaus who took as many as 27 wickets!

Well there was a quick breakthrough for the hosts this morning as they took around 9 minutes to get rid of night watchman Ishant Sharma. The tall Ishant Sharma (2) on the backfoot was removed by Ryan Harris with a short of length delivery at 139 kmph, which was angling in and seaming away to force a nick to the keeper. In the next over itself, Wrddihman Saha (3) got caught behind by Brad Haddin when he attempted to drive on the up straight down the ground but only to get a faint nick to a late outswinger from Peter Siddle. 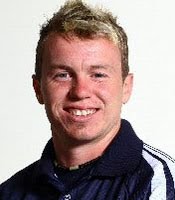 It took sometime after these two wickets for the Aussies to get their next wicket which came in the 67th over. Zaheer Khan (15) it was next to fall as he backed away and attempted a predetermined slog pull over mid wicket but was done in by the pace and bounce of a Ben Hilfenhaus rising delivery which he could only miscue it softly in the hands of short covers.

The last wicket fell in the 70th over to off spinner Nathan Lyon to finish with figures of 4 for 63. No.1 Umesh Yadav was the last man to fall as he went back to flick right across the line but only to get a faint edge to a straighter one to Brad Haddin who took his third catch of the morning. R Ashwin remained unbeaten on a decent looking 15 from 31 balls but was unlucky to have nobody supporting him. With that little effort on the final day, Australia won the Fourth and Final Test by 298 runs to inflict a 4-0 cleansweep over India and with that keep the Border-Gavaskar Trophy as well.

Start of play on Day 5: It could all be all over in no time on the fifth day at the Adelaide Oval with Australia needing just the four wickets to complete their 4-0 cleansweep. India have got night watchman Ishant Sharma and Wicket Keeper Wriddhiman Saha at the crease and followed up by three bowlers. Apart from Saha, Ashwin is the only other capable player of sticking at the wicket for a considerable amount of time. Whatever the Indian lower order does, it is going to be an inevitable defeat with the score reading a poor 166 for 6.