Can Kiwis turn around fortunes in Tests?

The New Zealand-West Indies Test series is not something eagerly awaited. Yet, a close contest can be expected since neither team is among the stronger ones in international cricket anymore.

The New Zealand-West Indies Test series is not something eagerly awaited. Yet, a close contest can be expected since neither team is among the stronger ones in international cricket anymore. Even though New Zealand were battered in the shorter format, they could prove to be more competitive in the five-day games, more so because their squad will be strengthened by the inclusion of veterans –all-rounder Daniel Vettori and pace spearhead Chris Martin. With the duo around, even the less experienced guys in the squad would be boosted, and could put up better performances. 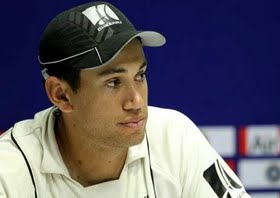 To be fair to New Zealand, they were unlucky in the one-dayers. Full-time skipper Ross Taylor and Brendon McCullum were available for only a couple of games, and stand-in captain Kane Williamson had no idea how to stop the Windies assault, especially that of Chris Gayle. While Williamsonis a talented batsman no doubt, he was definitely under immense pressure both while batting and while leading in the ODI, understandably so, since he is only 21 years old.

The selection of Neil Wagner has also raised a lot of hopes in the New Zealand camp. The South Africa-born left-arm seamer, who has been in excellent form in domestic cricket in the last couple of years, is finally available for selection for the Kiwis. He was impressive in the practice game as well, which would give further confidence to the New Zealand camp to draft him into the XI in the opening Test at Antigua.

In spite of their recent disappointments, it is a fact that New Zealand have come up with some impressive efforts in Tests. As early as last year, they managed to shock Australia with an extraordinary performance, and even though they lost the series against South Africa, it wasn’t for lack of effort. Keeping these in mind, there is no reason why New Zealand cannot upset the Windies.

Analysing the host’s chances, they have been bolstered big time by the return of Chris Gayle to Test cricket following a gap of nearly 19 months. The explosive left-hander was in supreme form during the T20s and ODIs, and there is no reason why he shouldn’t repeat his exploits in the Tests as well. New Zealand need to find a way to somehow get past Gayle, which would augment their chances of doing. Then, there is Sunil Narine as well, who gave them a torrid time in the one-dayers.

Evenif New Zealand overcomeGayle and Narine, they still have to handle the likes of Marlon Samuels and Shivnarine Chanderpaul, the latter remains the back bone of West Indies’ batting order. The only dilemma for the Windies would be whether to go in with Ravi Rampaul or Tino Best. The hosts have everything going for them. New Zealand will have to be at theirbest to trouble the Windies.