Former India skipper and the current BCCI president Sourav Ganguly has stated that Test cricket has always been the ultimate format of the sport and will remain so. Speaking after India’s loss in the World Test Championship (WTC) final to New Zealand, Virat Kohli described Test cricket as the heartbeat of international cricket.

Speaking to Star Sports, BCCI backed Kohli’s views and said, “When we started playing cricket in our childhood, Test cricket was the ultimate cricket format and I think it still is the ultimate format. And that is why it is called Test cricket. I feel if a player wants to be successful and leave his/ her mark on the game, then Test cricket is the biggest platform one can get. People will remember those players forever, who play well and make runs in Test matches. If you see all the biggest names in cricket – all the greats – in the past 40-50 years; they’ve all had successful Test records.”

The inaugural World Test Championship recently ended with New Zealand trouncing India by eight wickets. After bowling out India to 170 in their second innings, the Kiwis chased down the target of 139 with ease as skipper Kane Williamson (52 not out) and Ross Taylor (47 not out) guided the team home. Even with the tournament finished, the sport still has a lot of events lined up for the rest of the year so fans are keeping themselves updated with a list of all current cricket matches online. 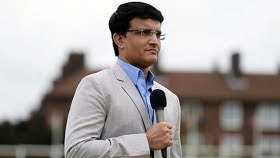 Kyle Jamieson was the man of the match in the WTC final, bagging a total of seven wickets, including five in the first. He dismissed India captain Kohli twice, for 44 in the first innings and 13 in the second. Rishabh Pant top-scored for India with 41 runs off 88 balls in the second innings, but it was not enough for the side to post a competitive total.

Speaking after the loss, Kohli said about the WTC, "It's great for the game (WTC) and the more Test cricket is given importance, the better it will be for international cricket. It's a great move by ICC. Test cricket is the heartbeat of the game."

He, however, batted for best-of-three finals and added, "I am not in absolute agreement of deciding the best Test side in the world over the course of one game. If it is a Test series, it has to be a test of character over three Tests - which team has the ability to come back in the series, or totally blow away the other team. It can't just be pressure applied over two days of good cricket and then you suddenly you are not a good Test side anymore. I don't believe in it."