India played for themselves, Pakistan for team: Inzamam-ul-Haq

Former Pakistan captain Inzamam-ul-Haq recently opined that during his times, India had the stronger team on paper, but Pakistan ended up having a better record against the Asian opponent as Indians played for themselves while Pakistan played for the team.

Pakistan enjoyed tremendous success over India from the mid-80s, when Javed Miandad famously hit Chetan Sharma for a last-ball six, to the 90s. Pakistan rarely lost when the teams clashed in the limited-overs tournaments in Sharjah. However, things have changed drastically over the last decade and a half, with India gaining the upper hand. 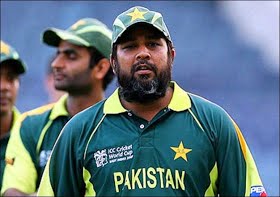 Even as India had a poor record against Pakistan, they have won every World Cup contest against the arch-rivals, from 1992 to 2019. Pakistan, on the other hand, beat India in the 2017 Champions Trophy final under the leadership of Sarfaraz Ahmed. They have overall struggled against Virat Kohli and co though whenever the teams have met recently in ICC events.

Looking back at Pakistan's glory days against India, Inzamam stated to former captain Rameez Raja in his YouTube show that Indian batsmen were selfish back then, and too keen on individual glory.

“When we played against India, their batting was more powerful than us on paper. But even our batsmen scored 30 or 40 runs, it was for the team, but for India, even if they scored 100 runs, they played for themselves. So, that was the difference between the two sides,” Inzamam said during the show.

He also showered praises on former skipper and current Pakistan president Imran Khan, who kept backing Inzamam even as the youngster was struggling to deliver in the initial stages of the 1992 World Cup. Inzamam repaid the faith when it mattered most, blasting co-hosts New Zealand out of the semis by smashing 60 from 37. He also scored a crucial 42 from 35 in the final against England.

According to Inzamam, Imran was not very technical or a tactician, but knew how to get the best out of his players. “Imran was not a very technical captain, but he knew how to get the most out of his players. He backed the young players, he backed the players he believed in and this made him a great captain,” the former Pakistan skipper explained.

“He would not drop any player if he failed in one series as he believed in giving the player a long rope and this the biggest reason why everyone in the side respected him so much,” Inzamam further said in the chat show.