Australia and New Zealand have had some close battles in the Chappell-Hadlee Trophy over the years. So, when the two teams met at Sydney on Sunday, another tight contest was expected

Australia and New Zealand have had some close battles in the Chappell-Hadlee Trophy over the years. So, when the two teams met at Sydney on Sunday, another tight contest was expected. It wasn’t to be the case though as the hosts cruised to victory in what was to be a thoroughly dominating performance. Steven Smith led the way for the Aussies with a stupendous 164 after he won the toss and batted first. In response, Martin Guptill came up with a hundred of his own, but it was not enough for the Kiwis to challenge the Aussies on the day. 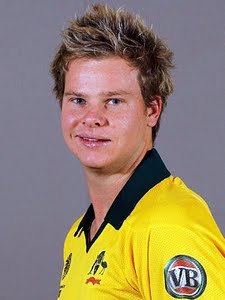 Smith’s effort, without doubt, was the innings that made the difference on Sunday. At one stage, Australia were in big trouble at 92 for 4, with their other big names gone. But, Smith counter-attacked with such bravado that the Kiwis were left wondering in amazement. The visitors did not help their cause, dropping Smith behind the stumps when he was only on 13. That was to prove extremely costly as the Aussie skipper went on to convert the innings into three-figures. Smith shone in the field a well. He took a stunning one-handed catch at backward point to send back BJ Watling.

Even as Smith’s knock made the difference, it was his partnership with Travis Head that was crucial. The duo added 127 to rescue the team, and put them in a position of strength. The Kiwis’ poor fielding again let them down. Head was put down on 7 by Matt Henry at mid-off. It was a simple chance, and it was probably where the match turned. After the partnership between Smith and Head was broken, Matthew Wade also played a crucial role, smashing 38 from 22, with three sixes. Thanks to him, Aussies smashed over 100 in the last eight overs.

For New Zealand to chase down 325, they needed to get off to a fluent start. But, that was far from the case. Josh Hazlewood once again proved why he is so important for Australia at the start of the innings with the ball, sending back both Tom Latham and Kane Williamson. Guptill, in the company of Jimmy Neesham, added 92 for the third wicket, to keep New Zealand in with a chance. The partnership was broken at a crucial moment though as Neesham was dismissed for 34. He slog-swept Mitchell Starc to Hazlewood at long-on.

The only hope for New Zealand left was Guptill, who single-handedly took the attack to the Aussies, and went on to complete his first hundred against the opponents in international cricket. That’s not all. He even became the fastest New Zealander to reach the landmark of 5,000 runs during his innings. But, unlike Smith, Guptill couldn’t convert his hundred into a big one. He fell for 114, pulling Adam Zampa to substitute Glenn Maxwell at midwicket. That was the end of New Zealand’s hopes. Colin Munro kept fighting with his 49. But, it was a case of too little too late. Smith’s ton had already made the difference earlier in the day.