Thanks to CLT20, we saw them in action

Their international days are well behind them, but the CLT20 has given us an opportunity to have a second look at some veteran former international cricketers, who once were key members of their respective national sides.

Their international days are well behind them, but the CLT20 has given us an opportunity to have a second look at some veteran former international cricketers, who once were key members of their respective national sides. And while the event hasn’t produced anything exceptional, watching old warhorses in action has definitely been one of the few positives of this year’s CLT20. Take a look 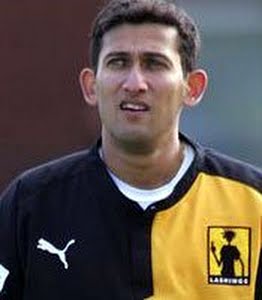 Ajit Agarkar: The slippery pacer last played for India in 2007. In his mid-30’s now, an India recall seems as distant as India ending on number one in the Olympics medal tally. He has continued to perform well for Mumbai, if one ignores the few controversies he has been involved in. In fact, he has been renamed Mumbai skipper for this season as well. Amuch-maligned cricketer, sometimes unfairly, Agarkar has had a good CLT20 thus far. His bowling has been adept, and his experience came to the fore during the tough chase against Perth Scorchers. Good to still see him around we must say.

Neil McKenzie: A highly talented cricketer, McKenzie couldn’t quite transform his potential into performance on the big stage despite getting a couple of chances to make a comeback after a disappointing start. The batsman, who will turn 37 soon, played his last game for South Africa back in 2009. He definitely isn’t on a road to international comeback. But, his performances in this series have been excellent, which means that he is still hungry for success. McKenzie still possesses a decent Test and ODI record. However, he knows deep inside that he could have done so much more.

Azhar Mahmood:The all-rounder remains a priceless asset in any T20 side. These days, he’s a freelance cricketer, travelling all over the world playing for various T20 teams around the world. There was a time though when Mahmood was an inseparable part of the Pakistan outfit. The 37-year-old took international cricket by storm, slamming three Test centuries against South Africa. For reasons best known to him, he never managed another Test ton and only added one half-century to his Test stats. With time, his ODI career also took a beating, and he was out of international cricket completely following the 2007 World Cup shock upset against Ireland. In the meantime, he has continued to taste success in country cricket.

Herschelle Gibbs: This year’s CLT20 has made it clear that Gibbs is way past his prime. He just couldn’t manage to time the ball, something which was his most precious gift at his peak. Gibbs last played international cricket in 2010 and, at 38, he doesn’t have age or form on his side. Following his recent failures, we might have seen the last of him in domestic cricket as well.

Ryan Sidebottom:The former England pacer isn’t as big as name as some of the others on this list. Yet, it was good to see him in action for, at his peak, he was among the most reliable bowlers in international cricket. He retired earlier that others from international cricket, at 32, and his failures in the CLT20 have hinted that he isn’t in the best shape to play competitive cricket.