Know anyone ever scored 1000 in five successive Tests, not in the same series?

Know anyone ever scored 1000 runs in five successive Tests, not in the same series?

Don Bradman made a record 974 runs in the 1930 Ashes series against England, still the closest anyone has ever come to a thousand in a single series. But he never quite made 1000 in five straight matches. 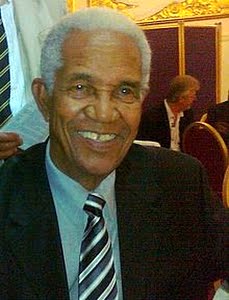 Only two batsmen have: