Technologies used during a Cricket Match

Cricket is one of the most popular games on the planet. It has a huge global following and especially so in places like India, England, Australia and the West Indies.

Cricket is one of the most popular games on the planet. It has a huge global following and especially so in places like India, England, Australia and the West Indies. As in any sport, technology has been employed to help umpires with their decision making during matches, as there has been a fair amount of controversy in the past. Some of these decisions have had a huge impact on the result and the reputation of the sport; and this has generated a lot of interest from fans and pundits, which is evident if you visit sports betting sites like Betting.com. As a result cricket has incorporated a number of technologies over the years to make the game more fair, assist the umpires on those difficult decisions and ultimately give viewers a better overall experience. 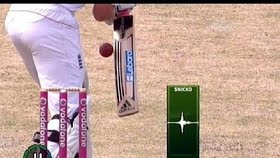 Hawk eye technology is used to show the path that the cricket ball takes when the bowler has thrown it. It works by having a large number of high-speed cameras at different locations and angles around the play. It is very useful for LBW decisions in showing if the ball made contact with the batters’ leg. It is also good for commentators and fans watching the sport, who can see this on television and confirm that the correct decision has been made.

Using the Hawk Eye technology, decisions can be referred to a third umpire who will review the action. Players can make three challenges per innings, but this reduces by one every time a player is proven to have been incorrect in challenging. This technology is great because it gives modern day players a chance to overturn in correct decisions, but it does put a lot of pressure on umpires to show that they are even needed on the field when decisions can just be made on a screen away from the action.

Snickometer is similar to Hot Spot, is that it was originally used to see whether or not the bat made contact with the ball. The Snickometer is a microphone that is attached to one of the stumps and immediately picks up the sound when the ball hits the bat, or if the ball smashes into the wickets. With the introduction of Hot Spot, Snickometer isn’t used anymore to determine decisions, however it is a great added effect when watching on television to have the sound enhanced when a player hits the ball or if they have been bowled out.

Ball Spin RPM shows how fast the ball is moving when thrown. Cricket officials have been tight lipped about how this technology works, but it is believed that it is measured using the same cameras that are used for Hawk Eye. A Rev Counter is shown for television viewers to show the rotation speed of the ball when spinners are bowling.