The two-member panel instituted to look into the allegations against IPL team owners Gurnath Meiyappan and Raj Kundra may have given the two a clean chit.

The two-member panel instituted to look into the allegations against IPL team owners Gurnath Meiyappan and Raj Kundra may have given the two a clean chit. However, can the cricket fans really give them a clean chit so soon? After all, these people under the cloud and those others arrested and later released on bail are still to be produced in a court of law, and a final decision on all of them will be taken by the court only. What the two-member panel has conducted is a non-judicial enquiry, which is more for the personal satisfaction of the BCCI. Hence, one cannot come to a final conclusion after just this panel’s finding. 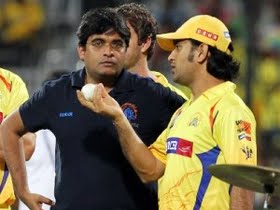 Whatever the panel says, it is no secret now that there have been plenty of wrongdoings during the IPL. Remember, according to the police, both Kundra as well as Meiyappan have admitted to betting on IPL matches. Apart from him, even small-time actor Vindu Dara Singh has admitted to wrongdoings during the tournament. So many bookies have been arrested in the aftermath of the IPL fixing saga. Even the tainted cricketers like S. Sreesanth, Ankeet Chavan and Ajit Chandila have admitted to taking part in spot-fixing.

With the IPL being under such a big cloud, the benefit of doubt given to a couple of team owners, and that too by a panel that has no legal or judicial standing holds no good. If indeed they have done nothing wrong, it is good for the tournament and the game overall. At the same time, it is clear the findings wouldn’t find much favour among the people that actually matter. In fact, the sports ministry has already come out with a statement that it isn’t giving much credence to the BCCI probe, and that it would actually wait till the police probe is over.

The Mumbai Police have also dismissed allegations that it did not cooperate with the BCCI panel’s probe. Mumbai Police had a fair point. How could it depose before the BCCI panel? After all, the panel constituted by the BCCI had no legal relevance. As per the law, an investigating officer is only answerable to the court. And so, while the two-member panel constituted by the BCCI may have found no wrongdoings against Kundra and Meiyappan, there are too many questions that remain unanswered. These can be cleared only once the police findings and court procedures are completed.