PAK vs WI 2nd T20: The World Champion aim to level series against Pakistan in 2nd T20 at Dubai on Saturday.

The World Champion aim to level series against Pakistan in 2nd T20 at Dubai on Saturday.

Pakistan went 1-0 up in their three match T20 series against West Indies, which is currently underway in Dubai. The two sides will clash again on Saturday at the Dubai International Stadium. If Sarfraz Ahmed's side post another victory, they will be clinching the series against the defending World T20 champions. 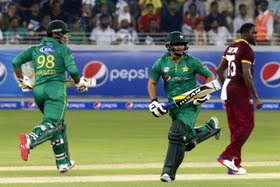