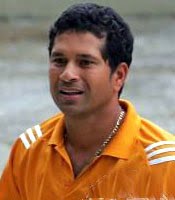 Here are some of the highlights of individual performances from the Indian Players at the Sydney Cricket Ground in Test Matches :

India's only Test win at the Sydney Cricket Ground

Although India has no doubt put in a better show at this ground, it has managed to pull off victory only once which was in 1978 under the leadership of left-arm spinner Bishen Singh Bedi. The spin trio of Bishen Bedi, BS Chandrasekhar and Erapalli Prasanna went through the Australian line-up twice bowling them out for 131 and 263 for an innings and 2 runs victory. India with the bat had put up 396 for 8 declared in reply to Australia's paltry first innings score of 131. GR Viswanath was the star of the Indian batting scoring 79.